Bowling, indoor sport, also called tenpins, played by rolling a ball down an alley at ten pins; for lawn bowling, see bowls. Bowling is one of the most popular participatory sports in the United States, where there are thousands of recreational leagues.

Forerunners of modern bowling date to at least 5200 BC in Egypt. A form similar to today’s, though using nine pins, was popular in Germany in the Middle Ages. Dutch settlers probably introduced the game in America. Tenpins, said to have been devised to evade colonial laws against a nine-pin game, became standard in the mid-19th cent. The invention of automatic pin-setting machines and, later in the 20th cent., television, spurred the growth of bowling.

The American Bowling Congress (founded 1895) and the Women’s International Bowling Congress (founded 1916) hold yearly championships. The Fédération Internationale des Quilleurs serves as the world governing body for the sport. Top bowlers now compete for prize money at tournaments under the auspices of the Professional Bowler’s Association and the Ladies Professional Bowlers Tour. The games of duckpins and candlepins, played with smaller balls and pins, enjoy regional popularity.

We Accept the Following Credit Cards 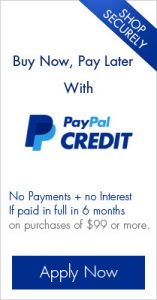 Ordering shoes on-line can be challenging. Not only can the size vary from street shoes they can vary from manufacturer, the toe box maybe too tight, the heel maybe be too sloppy.

With the Good Fit Plan you can be sure your new shoe fit GOOD or we will exchange them at no additional cost to you.